I'm currently working in-house at a fun international company where I'm producing, shooting and/or directing commercials and internal productions. Due to confidentiality on projects, I won't be sharing any more commercial work on this page for the foreseeable future. Please feel free to reach out if you have any questions.

I'm still working on my personal short films and update those pages regularly.

Commercial work is up to date through May 2021.

Navy - Faces of the Fleet

Documentary series for America's Navy. Each episode features a behind the scenes look at a real Navy sailor and examines what drives them to be successful in their field.

Each of these is shot around the country in multiple locations, on ships, in their hometowns, and more. 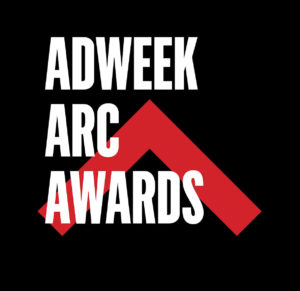 I was happy to work on this project with our team that included a Google Home application and Navy pre-roll announcing our partnership with Google to celebrate the anniversary of the Apollo 11 moon landing. This included editing archival audio for the game experience, editing the pre-roll, and composing music and SFX for the pre-roll in order to keep the budget low. I also edited the included case study for award submissions. 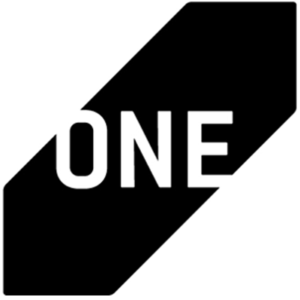 This is an ambitious project that involves filming at Navy bases and ships across the country, interviewing and capturing the roles of every single rate in the Navy.

Filming includes 2 week productions at certain locations, week-long embarks on ships accompanying sailors, and even going underway on a nuclear submarine in order to fully capture the real daily lives of sailors. Production has taken me to almost every part of the United States, including Hawaii and Alaska.

Materials during this production have been used to create Navy.com videos showcasing each rate, and also for social posts for America's Navy's Instagram, Facebook, and Twitter.

Overall, the final edits include over 100 videos showing every rate in the Navy, and are used as a tool to better inform future recruits about what each job entails to help them in their decision for their career path.

My role was as producer and videographer and director at certain locations (including the SARC video and a nuclear submarine, where bringing a full film crew would be difficult). I was also involved in the creative process in developing a look and feel that we were trying to achieve in the films, and writing questions that we used to draw out the stories from each sailor during interviews.

These are an example of some of the PreRoll videos I edit for America's Navy. Videos cutdowns often consist of :15's, :06's, and :30's. For some special social uses, we've created :60 videos in the past.

Footage is usually purposed from our Digital Asset Collection project which I also produce, and edits can be made to order based on where they're scheduled to run.

This project was filmed and produced remotely during COVID-19.

With COVID-19, we had to change some of our creative plans for the year when onsite productions wouldn't be reasonable. For this project, we initially had a plan for professional Esports players to interact live with Sailors from the Navy. We altered course and created an animated version of what we had intended. We had some issues with quality control on early versions we were seeing, so I brought in an artist I had worked with previously to redo the art and I stepped in and did the edit, animations and sound design on this episode as an example of how we wanted the series to look.

Edited in Adobe After Effects and Adobe Premiere. Sound design in Adobe Audition.

Sea It Live is a Facebook Live series I produce, direct, and film every year during the Army Navy college football game. It's a live broadcast featuring hours of content hosted by 2 Sailors, one a former player for the New England Patriots, and the other a runner up for Miss America. This is one of the projects I'm most proud of. I designed the flow and technical backbone and personally film and direct each broadcast. It's filmed on an iPhone on a DJI Gymbal which has been outfitted with XLR inputs to allow for the hosts to use a microphone. This is broadcast directly through Facebook Live. It's shot like a broadcast newscast and the creative team and I collaborate for months leading up to it to plan out each segment.

It's a technically difficult project to do and is one we've had to do on very little budget. The production budget on this (minus travel) is less than $1,000 and has gotten over 15 million impressions. The video featured here has some highlights from the broadcasts.

I edited this video which was the first project we worked on with FedEx after winning their business. It was featured on FedEx and FedEx Office and targeted small business owners.

Brand campaign that I produced, directed, edited, and co-wrote with a former coworker and owner of The Doghouse Memphis.

The spots include a brand manifesto, short stories of each dog's day at school, and a series of spoof movie trailers.

These were created for social releases and Imax theaters, where they're currently airing.

This is a portion of the digital asset collection series we've produced. In addition to profiling the different jobs of the Navy, we've also produced videos showcasing the going-ons of different ships in the fleet. These are usually filmed during week-long embarks on each ship, and feature aerial shots and F-18 Super Hornet launches. These are particularly difficult to shoot due to some of the security equipment each ship has and how they can affect cameras.

This was filmed in Tokyo, Japan for Adidas. I was involved in the pitch meetings and designed many of the ideas and deck that won us this business. I was also involved in producing the event activation that is featured in this video. This was filmed on a Panasonic GH4 and a Canon C100 and edited by our team on Adobe Premiere.

AI is one of Japan's biggest pop stars, and BMW teamed up with her to announce her first pregnancy. This was filmed in Tokyo over the course of the day, with AI driving in her own BMW. Her music is featured in the video. This was edited by our team on Adobe Premiere.

This is a Youtube video series that features our Navy Podcast Sea Story. I produce the series, and also record and edit a number of episodes. The episodes that are featured here are some of my favorites that I've edited, with really interesting sound design elements. For The Hum, I did a different approach than we usually do and had the action flow seamlessly with a hum sound that features both mechanical and human elements. Splashdown features an interview with an actual frogman that rescued the Apollo 11 astronauts when they made it back to earth, and includes some archival audio that I edited to help bring you into the moments of his story. 2 special Blue Angels episodes I edited celebrate the anniversary of the organization.

Most of the footage that is featured in teaser videos I've either produced or filmed and produced.

The Navy Fit and Navy Food series were social videos we created for Instagram, Facebook, and Twitter. These were also videos that had very low budget and couldn't utilize an outside production team. I produced, filmed, directed, and edited these from creative plans I collaborated on with our creative team.

Navy Fit was designed to be informative but styled similarly to a fitness commercial. Navy Food was shot very similarly to many Tasty-styled videos I've produced in the past.

I produced and edited a series of VR videos for the Navy. Some videos feature multiple scenes. I also created the end logo and composed the music treatment for each.

Brand campaign that I produced and directed for Peapod, a food delivery company. These were done on a limited budget and made to resemble a Wes Anderson movie. We wanted them to be quick and quirky.

This is part of the Navy's PSA for water safety. The demonstrations and tips for water safety were filmed in San Diego, CA, and used throughout was B-Roll filmed during our asset collection project seen in the ratings videos section.

This was a Navy exercise showing off possible uses of augmented reality in the field. This was a featured video on Reddit.

This is a social post we filmed for fairlife (Coca Cola). We film a number of short social posts that are posted on Instagram and Facebook each month.

This was a particularly hard shoot, as the idea as-written called for using a product called "Never Wet" to allow for the displacement of milk to form the letters, with the desire to do everything practically (including having the straws suck up the milk). During early creative meetings, I mentioned that I didn't believe it'd work as the viscosity of milk is different than that of water, and wouldn't work with "Never Wet" and would leave a residue if sucked up off of glass. After testing and confirming this, I worked with the team on an idea that would allow us to do most of the shoot practically with only some post work to achieve the original creative of the shoot. We did this by having foam borders put in to create the edge of the words for the milk to hit, and we set up the camera so that we could switch out the plane of glass, fill it with milk through straws, and reverse this film to create the "sucking up" effect.

ADT "Back to Biz"

This was a social spot that features Ving Rhames rapping an ADT song. I was involved in producing the jib jab look, as well as in the initial sound design and final record.

I had worked with Ving Rhames on other broadcast commercials, but have remained fond of this video because of his willingness to try to rap for the first time. Later, Arby's would try to do something similar with him.

This is one in a series of spots produced advertising the Dodge Charger and Challenger as muscle car siblings.

I was involved in the planning and production of this for a client pitch. I filmed this on a Canon 5D in Nashville, Tennessee, with the strategy team. The pitch this was used in successfully won the client's business.

Wrenne was a musical artist that was on a promotional tour of Japan. We wanted to get a foreigner's view of Japan while filming them drive through Tokyo in a BMW. Edited by our team on Adobe Premiere.

I produced this work with the internal Serta team. This involved casting the actors, sourcing a production team that could handle both production and post production, and overseeing filming on set in Chicago. Produced with Utopic.

This video was filmed in NYC during a Serta "Declare Peace" event activation in New York City. The goal was to capture what the experience of the event was like while also giving details on the response it had on social media.